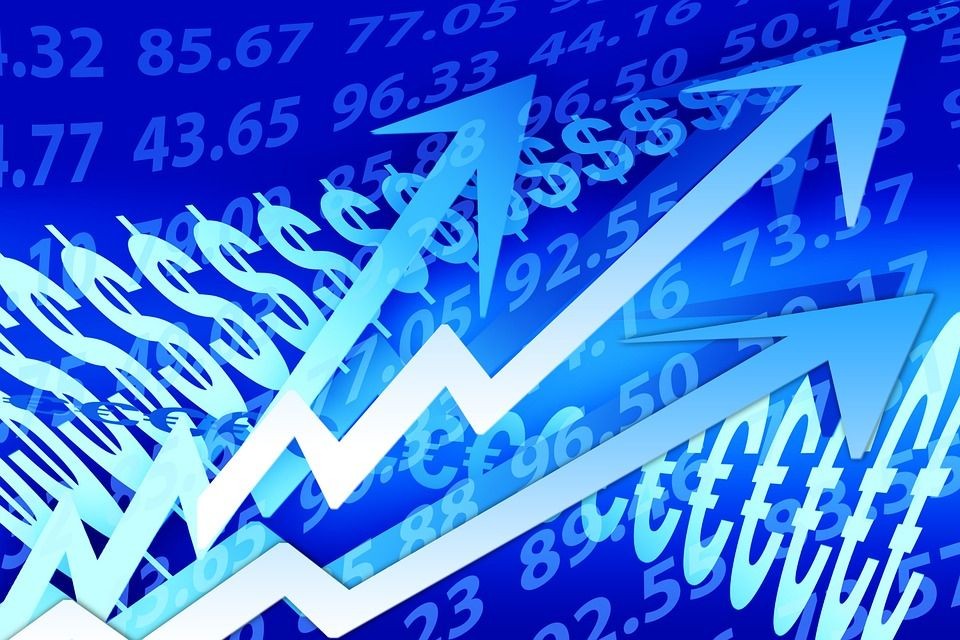 This RS should not be confused with the very popular "Relative Strength Index" or RSI by Welles Wilder. The RSI is a single-security indicator which measures "overbought/oversold" conditions of that security where RS compares two different securities in order to facilitate a choice.

Relative Rotation Graphs are based on this Comparative Relative Strength concept.

The formula to calculate Relative Strength is simple:

The outcome of this formula is a (RS) line that usually is plotted in combination with the price chart of security A. 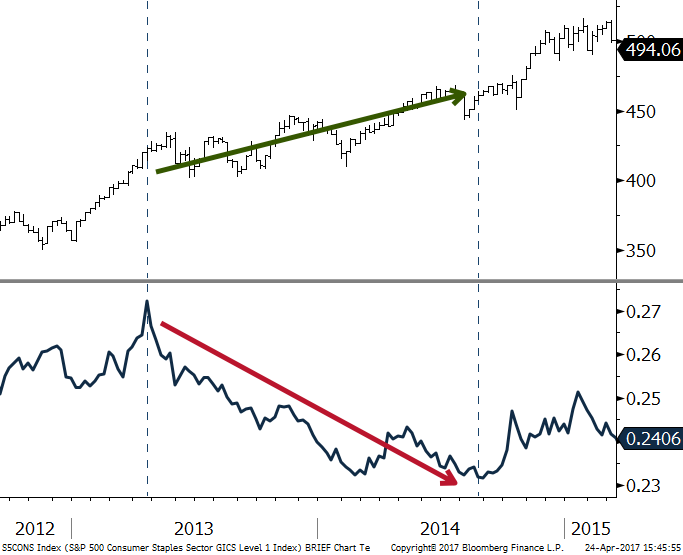 A very good example of how this works can be seen in the period between the two dashed blue lines.

During that period the Consumer Staples sector is showing a nice steady up trend on the price chart but the Relative Strength line is moving down in a steady down trend.

The message here is that during that period the general market, as measured by the S&P 500 index, was rising at a faster pace than the Consumer Staples sector which therefore should be underweight in a portfolio.

As you can see the RS line pretty much looks like and behaves like a regular security price chart. This means that we can use all the tools in our technical analysis toolbox, like moving averages, trend lines, support/resistance etc, to analyse this RS line and make a call on its expected future direction.