Is the Technology Sector at Risk? 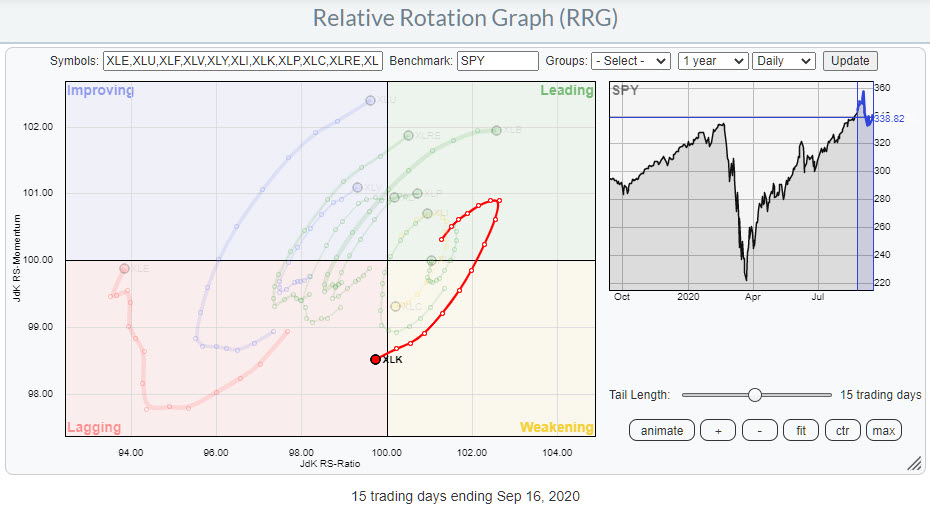 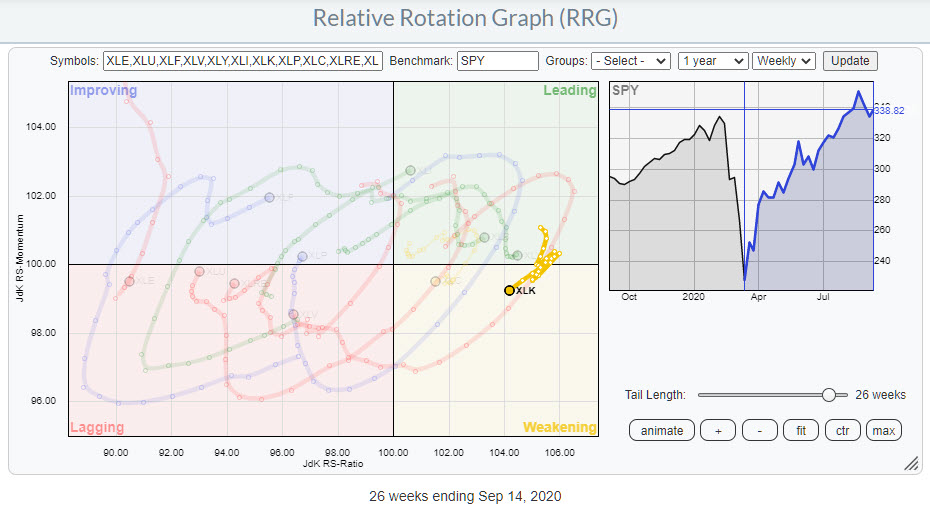 At yesterday's close XLK, the technology sector, rotated into the lagging quadrant. This happened a few times since the market started to rally out of the March low. On the daily chart to be exact.

On the weekly RRG, XLK remained far to the right inside the leading or the weakening quadrant during these rotations through lagging, improving, leading on the daily RRG.

Whether this will be another short-term rotation on the daily RRG while the weekly tail remains at the right hand side remains to be seen as there are a few significant differences between the prior daily rotations into lagghing and the current one?

First of all, the recent decline was clearly more vicious than we have seen before since March. And although the rhythm of higher highs and lows is still intact the magnitude of the decline is the biggest we have seen in this up-move.

On the price chart I am watching the horizontal level around $ 111 for support. XLK responded to that area a few times before so a drop below will certainly mean something, in this case negative.

I have not done a lot of work yet in researching divergences between RS-Ratio and RS-Momentum but this one is interesting enough to mention and start tracking from here onwards. 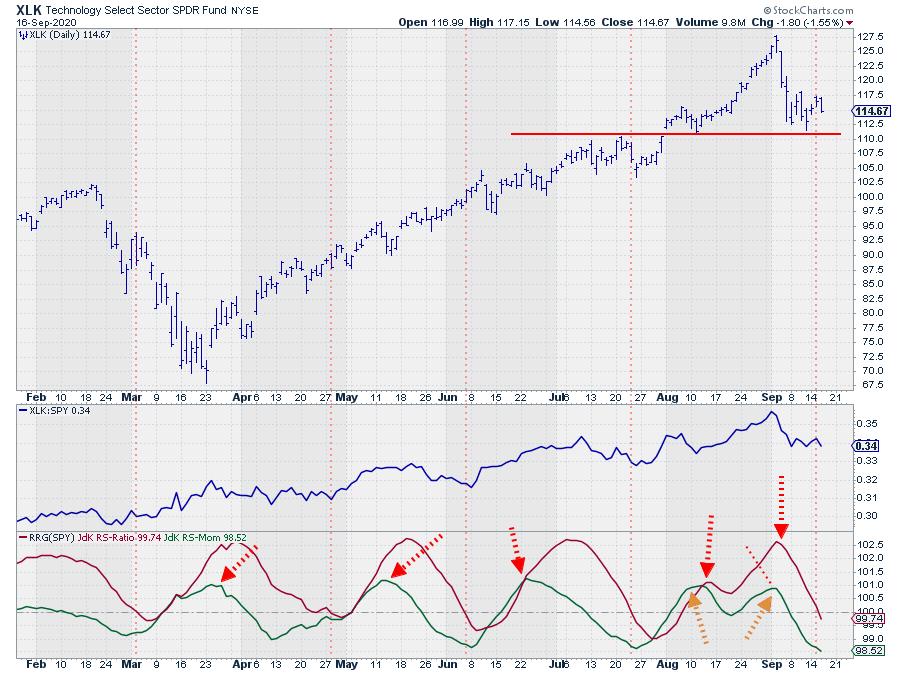