How did you get the idea for Relative Rotation Graphs?

This is probably (one of) the most asked questions after people have been exposed to RRGs for the first time. Either via a presentation, a video, browsing the web, or reading an article or book (-chapter) on the subject.

The answer lies in my background and a bit of history.

After leaving the air force in 1990 I started to work in the financial industry. First as a portfolio manager for a life insurance company (Equity & Law, which was later acquired by AXA-Life) and later as a buy-side analyst for the largest Dutch asset manager ROBECO. having been a quant-/technical analyst on the buy-side (ROBECO) for 5-6 years I

Although I always had a keen interest in technical analysis and market behaviour I learned very early that for a professional portfolio manager, information about the general direction (up or down) of the market or a sector or a single stock, is nice to have but he (or she) cannot do very much with it. having been a quant-/technical analyst on the buy-side (ROBECO) for 5-6 years I

The reason being that they are, 90% of the time, benchmarked against some index which they have to beat and even if they wanted to liquidate some of the assets from their fund they could not do it because their fund is too big and it would take too long and/or restrictions in their mandate will not allow it. 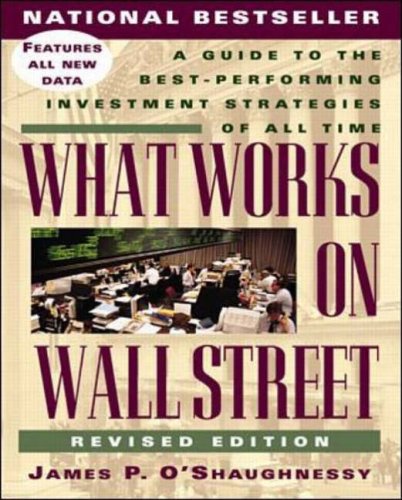 However, what they all want to know is which market/sector/stock will do better or worse than their benchmark. With that information, they can over- or underweight positions in their portfolio in order to try to beat their benchmark.

For technical and quantitative analysts, this means that "Relative Strength" is the keyword here. With Relative Strength (RS) analysis analyses can be made to answer the question which market will do better or worse than another market, or which sector will outperform the benchmark or another sector, and so forth.

The good news is that historically Relative Strength analysis is widely used tool among technical analysts. As a matter of fact, Relative strength analysis even made it into the well-known book "What works on Wall Street" by James P. O'Shaughnessy.

The bad news is that, because traditional RS analysis requires charts showing 1-1 relationships, there is probably an infinite amount of possible combinations. And even if you limit your scope to a particular universe, like the S&P 500 sectors or the members of a particular sector, or asset classes you will still need to study a lot of charts showing 1-1 relationships or relative strength to get a proper handle on what is going on in that universe.

Also, when we have studied Technology against Materials, we do not have study Materials against Technology anymore because it will be the reverse. So the remaining 110 combinations have to be divided by two, which leaves us with 55 charts that we will have to look at to build the picture.

Now that is with "only" 11 sectors in the universe. Imagine what that means for a sector with 50 or more stocks in it, or all the members of the S&P 500 index. Spoiler alert: that means 124.750 possible combinations!

Moving to the sell-side

After ROBECO got acquired by RABObank, I ended up on the trading floor of RABObank international in Utrecht finding myself on the other side of the phone, better know as the sell-side. A role that I continued to have until 2007, at that time with KEMPEN & Co.

As a (tech/quant) research analyst it was my job to cover the European stock universe and provide our institutional clients with opinions on markets and trading/investment ideas.

Following what I had observed on the buy-side I based all my work on (comparative) Relative Strength analysis.

But then, I ran into another issue. As a sell-side analyst, I had to approach our clients, the fund managers, to pitch my views and trading ideas and ideally be rewarded by order flow or cheques. And surprise .... First of all, I was not the only one pitching for their business and secondly, these PMs are always busy and rushed.

Combine that with the fact that my universe was the entire European stock-market (my fundamental colleagues usually covered only one, maybe two, sector(s)) and you can imagine that it was very hard to find a match between what I had prepared and what the PM was looking for at that specific time. IF, and that is a big IF, you managed to get a hold of the PM to actually talk in the first place.

So, what I was looking for, was a way to present my information, concerning the relative trends in the European equity markets, in a very condensed but comprehensible way. Primarily as a starting point for further discussion.

After a lot of trial and error with tables, lists and many different formats in spreadsheets, the first format of Relative Rotation Graphs was born. This type of visualization resonated well with the PMs and after an initial period of getting used to "a different way of looking at things" it formed the common ground and the starting point for my conversations with PMs.

In 2005 I presented at a Bloomberg event in Zurich where I showed a very early version of Relative Rotation Graphs to the, albeit very limited, public. The BB application specialist who invited me to the event suggested introducing this type of visualization to the "Head of Graphics" in New York. Eventually RRG<GO> was introduced on the BB terminal in January 2011.